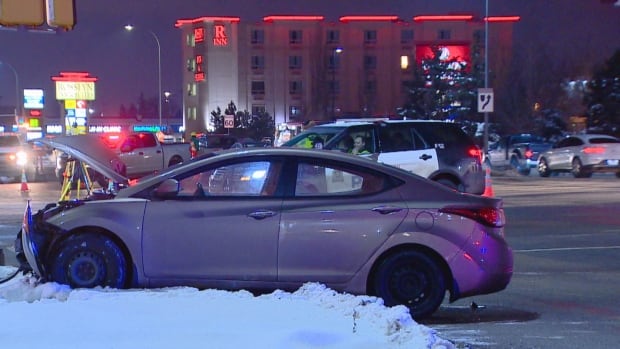 The northbound lanes of 97th Street at 137th Avenue were closed for several hours Sunday evening after a crash involving an Edmonton Police Service vehicle.

The police vehicle was travelling north through the intersection with its lights and sirens activated at about 5:30 p.m. when it collided with a civilian vehicle going west on 137 Avenue at the same time, police said in a news release.

Paramedics assessed the female driver of the civilian vehicle and two police officers on scene, police said. No injuries were reported.

Motorists were advised to seek alternate routes as the traffic section investigated the collision.

Road closures were expected to end just after 10 p.m.