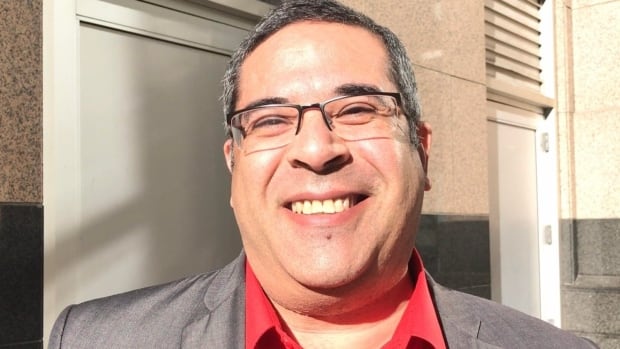 Albertans have been hitting the polls in record-breaking numbers so far this provincial election, with many voting for the very first time in their new country.

A staggering 700,000 votes were cast in advance polls that ran last week.

For some Albertans it’s a mundane process they’ve taken part in countless times over the years, but for others finally being able to vote is a milestone moment in their lives — the jewel in the crown of Canadian citizenship.

“It’s something you do for the first time in your life and it’s your first time to experience it for yourself,” said project manager Kamal Ibrahim.

Ibrahim, who is originally from the Middle East, says things work differently there.

“We were told ‘you are not ready for democracy yet, so we will vote for you on your behalf and we know better than you’,” he said.

“We just watch it on the television and we know the result beforehand,” said Ibrahim.

Ibrahim says Canadians don’t see anything unusual about a fair and democratic election process, which can be a novelty for some newcomers.

Others are used to much bigger and more chaotic elections in their home countries.

Shalainder Kaur came to Calgary in 2012 from India, which is starting its mammoth general election at the same time as the Alberta elections. There 900 million people are registered to vote in that country and the process takes weeks.

“I thought I’d have to wait a lot of time because back home it’s a big, big thing. People start early morning waiting in big long lines,” said Kaur, who was surprised how easy and quick it was to vote here.

“I came out in two minutes, it’s a big difference,” she said.

And there are other differences compared to voting in India.

“Back home they put black ink on our thumb because people cheat, right. They can go to other polling stations to vote again so the black ink stays for one month,” she said.

“I came out after voting here and I asked my husband ‘they didn’t put anything on my finger?’ and he said they don’t do that here,” Kaur laughed.

For her, education and healthcare are big issues and she says she laboured long and hard selecting the right candidate to vote for.

Albertans go to the polls on Tuesday April 16.