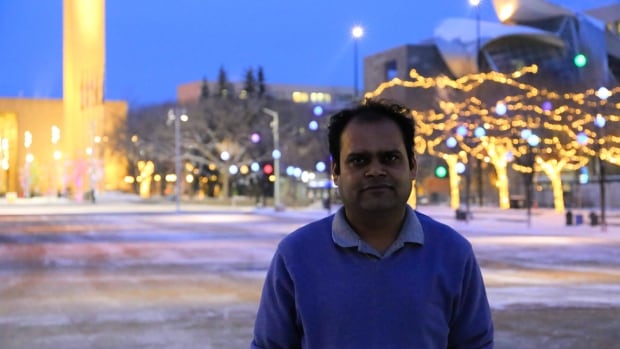 But when he moved from India to Edmonton in 2015, his engineering job applications went unanswered.

“Some positions I could see that the job description was exactly the same as what I did, but I wasn’t getting the calls. So it’s quite frustrating,” he told CBC’s Radio Active.

Employers, Patel says, didn’t recognize his Indian experience and credentials. He eventually accepted a job as a machine operator with a pet food manufacturer while he looked for ways to bolster his resume.

That’s when he found the Association of Science & Engineering Technology Professionals of Alberta (ASET), a not-for-profit that oversees engineering technologists and technicians in Alberta.

In 2016, ASET says it became one of the first regulators in the country to scrap the requirement for Canadian education and work experience. Applicants still must take formal exams, submit post-secondary transcripts and prove their professional experience if they want to be certified. But Canadian and foreign qualifications are treated equal.

“I said, listen, this is too subjective. If we can, we should break down what we’re looking for,” CEO Barry Cavanaugh said in an interview with CBC’s Radio Active.

The Canadian experience requirement in many professional fields creates a vicious cycle for newcomers: to get certified they need experience, but it’s difficult to get experience if your credentials aren’t recognized.

“In that manner, I guess we levelled the playing field,” Cavanaugh said.

Patel applied shortly after learning about the ASET certification. It took him six months to finish the process. At the end of 2016, he became a recognized engineering technologist in Alberta.

Within a few months, he was promoted to an engineering position. He later took a job with a local grocery chain as an operations manager, a position that blends managerial and engineering work.

Patel says he would not be where he is now without the ASET certification.

One in every two immigrants with an engineering degree is working in the field, compared to two-thirds of their Canadian-born counterparts with the same level of education, according to a recent Statistics Canada study.

The study found the gap persists, although to a lesser extent, across the STEM fields — science, technology, engineering and mathematics — in Canada.

Cavanaugh wants other regulators to follow ASET’s lead and make their certification criteria more objective. He says ASET has even offered to share their assessment process with similar regulators across the country at no cost.

“Regulation of this profession is constant and pretty much the same right across the country.  There are differences from province to province and there needn’t be,” he said.