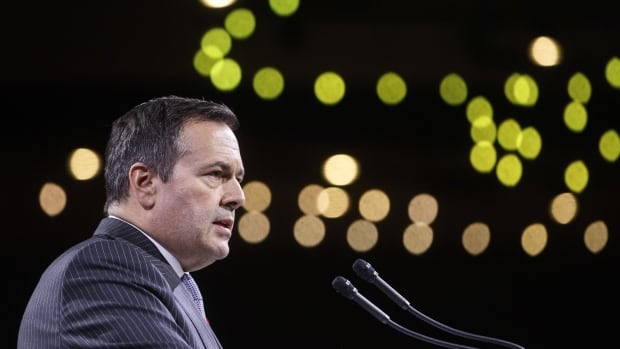 A government panel looking at ways to give Alberta more political autonomy is holding its first town hall meeting Tuesday night in Edmonton.

The panel is tasked with tackling a deepening separatist sentiment in the province, says Donna Kennedy-Glans, a member of the “fair deal” panel and a former PC MLA for Calgary-Varsity.

“We want to get away from the rhetoric, away from the polarization and start to be a little more practical in this,”  Kennedy-Glans said in an interview Tuesday with CBC Radio’s Edmonton AM.

“Waving your arms and saying you’re angry is legitimate. People are angry and they’re really frustrated.

“It’s been tough across the province but the big question is, what do we do about it?”

Premier Jason Kenney announced last month that the panel is to come up with recommendations on how to best advance Alberta’s economic interests.

Ideas include withdrawing from the Canada Pension Plan in favour of a new provincial agency, creating a separate police service and establishing a formalized provincial constitution.

Kennedy-Glans said only political extremes have been represented in the debate around western alienation. She wants the panel to cut through the rhetoric and find some middle ground.

Deep schisms between Alberta and Ottawa are nothing new.

In 2003, six notable Alberta conservatives penned an open letter to then premier Ralph Klein, urging him to build “firewalls” around the province to protect it from federal raids on its energy wealth.

Klein didn’t heed their advice but the sentiments motivating the “firewall letter” have been aggravated by an extended downturn, Kennedy-Glans said.

“Those were different times,” she said. “We’ve had a surging economy that we’ve gone through in Alberta that has contributed to the rest of the country and now we’re pretty back on our heels.

“To stay stuck in anger and grief and frustration is going to wear us all out; so how do we move forward and do something about it, do something constructive?”

The panel is expected to submit recommendations to the government by March 31. The government says any bold proposals would need to be approved by Albertans through a referendum.

Tuesday’s meeting will be held from 6:30 p.m. to 8:30 p.m. at St. Michael’s Heritage Hall. Seating is limited so participants are encouraged to register.

Albertans will also have the opportunity to provide their input online. More information on how to participate is available at www.fairdeal.ca.