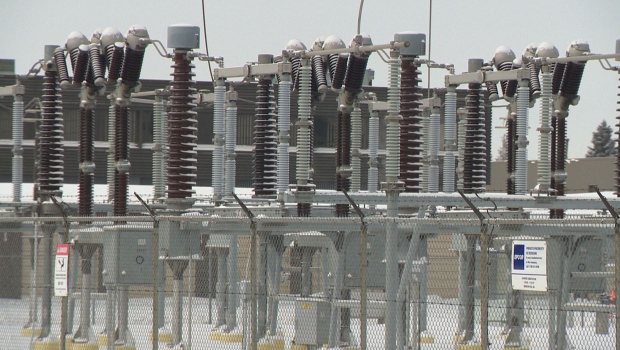 EDMONTON — Alberta set a new peak electricity consumption record on one of the coldest days of the year so far, according to the province’s power grid operator.

That surpasses the previous record set in 2018 by just one megawatt.

It’s official…we have a new all-time peak electricity consumption record of 11,698 MW surpassing the 2018 record by 1 MW! Grid conditions are looking good for the evening. Thank you for your conservation efforts. Stay safe and keep warm everyone! pic.twitter.com/ASr4CFZkJ2

Despite the record-breaking power usage, grid conditions remained stable and AESO did not issue any energy emergency alerts like the night prior.

AESO moved to a level 2 alert Monday night because so much electricity was being used, the operator had to tap energy reserve to meet demands.

Electricity consumption hits peak hours between 5-7 p.m. every night, and AESO recommends limiting use during this period.

Tuesday was the coldest day of the year so far for many Alberta communities including Edmonton, where temperatures plunged to a low of -34C, and Calgary, which hit a low of -31.2.

Extreme Cold Warnings covering all of Alberta were issued by Environment Canada for another consecutive day Wednesday.

Temperatures in Edmonton were set to once again fall to -30 during the day, with a wind chill of up to -48. The weather agency warned that frostbite can occur within minutes of exposure.

There’s good news in the forecast though. Alberta’s capital will see temperatures climb to -24 by the end of the week before dramatically spiking to -4 Sunday, with a possible high of 4 on Monday.

This is how an Edmonton woman stays warm without a home

Stettler, Alta. man charged in the murder of his father