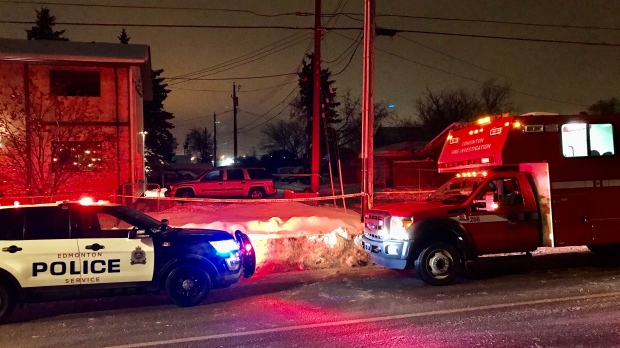 EDMONTON — Homicide detectives were called to a scene in northeast Edmonton Sunday night after residents found a body in an alley.

Firefighters arrived first and called officers to the scene located at 72 Street and 127 Avenue just after 10 p.m.

Fire investigators were also on scene and could be seen interviewing witnesses.

Police would not comment on a cause of death but said it was “suspicious,” adding the age and gender of the deceased was not known.

Police were working with witnesses and had not made any arrests as of 11:30 p.m.