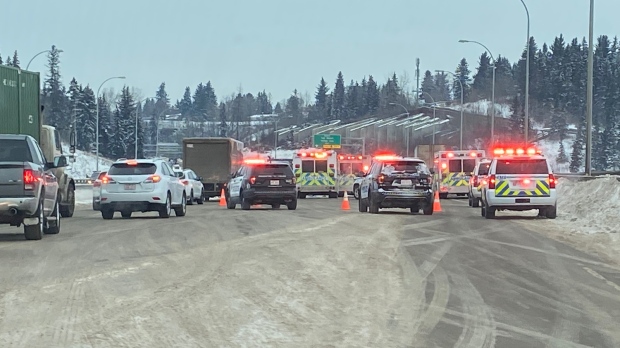 EDMONTON — Emergency vehicles are on scene after a crash appearing to involve a school bus on Whitemud Drive.

Police have not released any information on the crash, but witnesses say a school bus and an SUV appeared to be involved.

The bus appeared to be travelling westbound, one witness told CTV News Edmonton.

It’s unclear whether any children were aboard the bus.

Drivers reported on Twitter that the incident had backed up traffic on Quesnell bridge and Whitemud Drive, with multiple lanes closed.

Westbound drivers were being asked to stay far left to avoid the crash.

This is a developing story. More to come…

Yikes that doesn’t look good. It appears as though an SUV and a small school bus have been in an accident going westbound on whitemud just before Fox drive. Many ambulances & fire trucks on scene. Drive careful peeps. #yegtraffic #yegweather #yeg

4,000 potholes filled in 2020 despite closure of city asphalt plant

University of Alberta scientist to participate in NASA Mars project