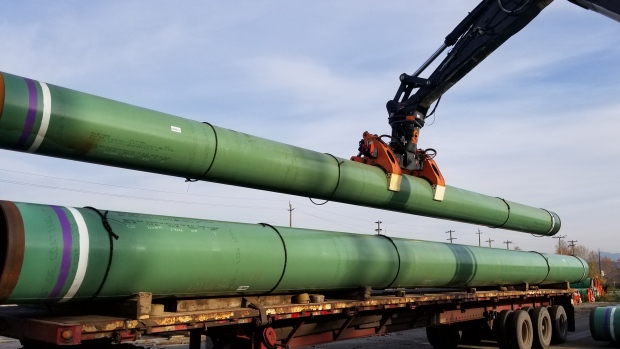 EDMONTON — A major milestone in the Trans Mountain Pipeline expansion project will be celebrated Tuesday as right-of way construction is set to start west of Edmonton.

Federal Minister of Natural Resources Seamus O’Regan, Alberta’s Minister of Energy Sonya Savage and local representatives will join Ian Anderson, president and CEO of Trans Mountain at an event in Acheson, Alta. to mark the occasion.

Ottawa approved the project for a second time in June 2019, nine months after the federal court of appeal withdrew the original approval.

Contractors were told to develop detailed plans and to begin to hire workers in August.

Trans Mountain says it expects more than 4,000 workers to be employed along the pipeline corridor by the end of this year.

The expansion project still faces legal challenges. The Federal Court of Appeal announced in September that it will hear six challenges focusing on Indigenous consultation, while dismissing several claims centred on environmental concerns.

Once completed, the expansion will carry nearly 900,000 barrels of oil per day from Alberta to the B.C. coast.